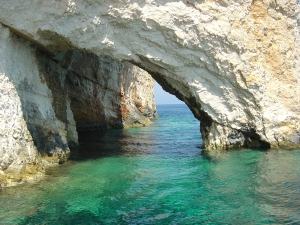 One of the most active parts of The Clan is The Campfire, our role playing board. Clanners have spent years exploring and extending the world of the Chronicles of Ancient Darkness in long-running role playing games, and we thought that a great way to introduce more Clanners to the times and customs of Gods and Warriors would be through a huge RP in July!

Join The Clan and be active for at least five days and make 12 posts if you’d like to participate in this original and thrilling role play!

How will this work? Well, let’s start with your characters! Your characters could be from anywhere in the Mediterranean and they will not be allowed any weapons or tools at the start. Unless they are from Greece or Egypt, they will also be likely to still have long hair. Their appearance and cultural beliefs must conform with what we know about people in the early Bronze Age.

There will be no more than five (5) players at one time — this does not include any Clan Guardians or event organisers who will be playing our benevolent narrators.

Remember, you need to have been a member of The Clan for at least five (5) days and made at least twelve (12) posts in order to role play! You have plenty of time to do this right now.

Join The Clan if you’d like to participate in this original and thrilling role play!