A (BELATED) NEW YEAR’S GREETING TO ALL MEMBERS OF THE CLAN! 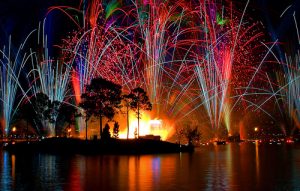 Happy New Year to everyone!

I know I’m a bit late, but I always use Christmas as an excuse to shut out the world and do some serious writing, so for the past six weeks I’ve been completely immersed in Book One of GODS AND WARRIORS.

I hope everyone in the Clan had a good break over the New Year, and that you managed to avoid the coughs, colds and flu which seemed to be laying people low. I’d like to thank ALL of you who sent me such lovely messages about GHOST HUNTER winning the Guardian Children’s Fiction Prize – and also all of you who simply got in touch, not only in the UK, but in Chile, Slovenia, the Netherlands, Indonesia…

I was also very moved to learn about what CHRONICLES OF ANCIENT DARKNESS has meant for some of you. Many of you started reading Torak’s story years ago, and so, in a sense, you’ve grown up with Torak, Renn and Wolf. For others, the books kept you company through some difficult patches, for instance, when people were picking on you at school. I know what that’s like, because I went through it myself when I was at school, and my whole class ganged up on me for a year. Reading helped me through that period too (in my case, it was THE LORD OF THE RINGS), so I’m truly glad if CHRONICLES has helped some of you.

A while ago, there was a thread discussing the question of whether or not the Clan is dying, and I read the posts with interest. My own view, for what it’s worth, is that it isn’t dying, it’s changing – just as it’s been changing every day since it began. This is because the Clan is created by each and every one of you, and it’s perfectly natural that as you grow up, you move on to other things.

But that doesn’t take away from what you had when you were a Clan member. It’s just life. And no doubt, new members will join, and so the Clan will go on, changing imperceptibly every day, as it always has. So this is nothing to be sad or annoyed about, it’s just what happens.

As Fin-Kedinn says in OUTCAST: “Everything changes, all the time. Mostly, you don’t notice… The thing to remember is that not every change is bad.”

Things are changing for me, too, because, having written DARK MATTER (and my thanks to all of you who’ve got in touch about how you enjoyed it) – I’m now writing about a new set of characters, and different animals, in a new setting, for the first book of GODS AND WARRIORS.

I’m afraid I’m still not going to say much about GODS & WARRIORS just yet, mainly because if you talk too much about a story when you’re writing it, you risk spoiling it. (I don’t know why that should be, but I know that it’s true.) What I can tell you, though, is that this spring I’ll be off on a research trip to an island in the middle of an ocean, to study some large creatures which will be featuring in Book One…

But before I go, I’ll return to CHRONICLES and all things Wolf, for a moment. As many of you know, I’m still a patron of the UK Wolf Conservation Trust in Berkshire, and just before Christmas, I visited the wolves at the Trust, and we took Torak (the wolf) out for a walk. It was the most magical time: extremely cold, so all the trees and fields and hedges were covered in brilliant white hoar-frost. Torak – who is normally a rather reserved wolf, just like Torak in the books – greeted me with a big, slobbery wolf kiss, licking me all over my face, which is most unlike him. It made me feel very honoured.

Then he had his first encounter with fire: a bonfire of dead branches and leaves. In true wolf fashion, he approached cautiously, sniffed, then extended a wary paw and touched the (non-burning) end of a branch. But being a grown wolf by now, he had too much sense to burn his paw, unlike Wolf in WOLF BROTHER!

Well, that’s all I’ve got time for, I’m afraid, as I’ve got to go and do some more work on GODS AND WARRIORS.

Once again, my thanks to each and every one of you who has got in touch. And as always…

MAY THE GUARDIAN RUN WITH YOU!

Photo by by Express Monorail