A review of GODS AND WARRIORS to whet your appetite! 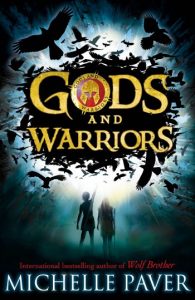 Ryan over at http://www.empire-of-books.com/ has uploaded a review of Michelle’s upcoming first book in her new series, Gods and Warriors! Get over there now and check it out – it’s a fairly in-depth review that doesn’t go too far into spoiler territory and should give you a great idea of what Gods and Warriors is all about! Let us know what you thought of Ryan’s review (and of Gods and Warriors, if you’re lucky enough to have it already) here in the Gods and Warriors forum on The Clan here.